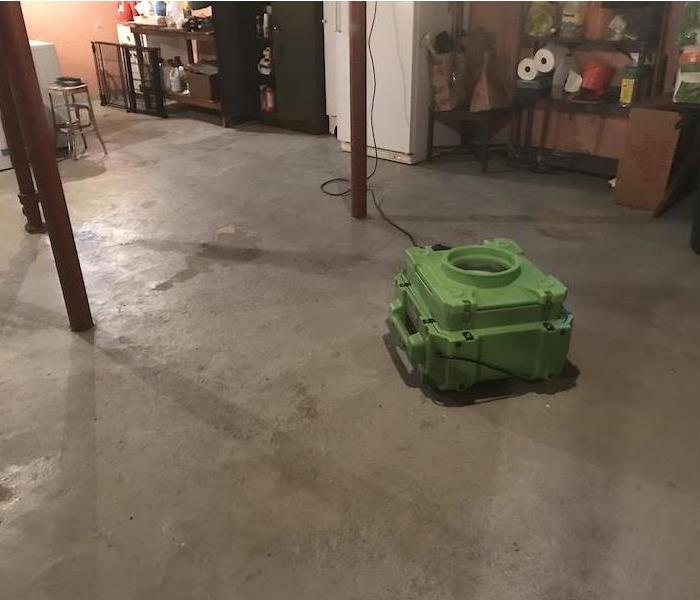 Water mitigation is no easy task. Call the professionals at SERVPRO, their technicians are trained for the water restoration and build back.

Cresskill got its name from the watercress that grows along the many streams in the area. It is a small borough in New Jersey. It was incorporated in 1894 when Bergen County went through many remote locations, becoming boroughs.

The Railroad & Chickens Boost the Economy

Like many small cities, the railroad made a considerable difference in Cresskill residents being able to travel to different parts of the state. It also brought revenue and customers to Cresskill. One of the primary sources of the local economy was a chicken hatchery. By 1897 it was the largest in the world. The poultry farm was owned by W.C. Baker and held 2000 laying hens. It could produce a quarter-million broiler chickens every year. That’s a lot of chicken!

The railroad was the reason the establishment of Camp Merritt was possible. More than a million American troops got sent through this major debarkation point on the way to the battlefront. The camp could hold 38,000 transit troops. The troops were transported via two different routes to their sending off point. Local railroads would carry the men south along with one of the routes. The other route involved groups of up to 3000 men marching to the northeast. They would march for an hour and then board ferryboats that would take them to Hoboken. They then would travel by train to a terminal on Long Island and their final destination of the embarkation piers. Approximately one million of the four million troops sent to the Western Front during World War I would pass through Camp Merrit. The camp was decommissioned in 1919.

If you are one of those who enjoy historical places, Cresskill has several. These include:

• Blackledge-Gair House – one of the Early Stone Houses of Bergen County, the building is an architectural delight.

• Demerit-Atwood House- a distinct brick and wood two-story home that was built in 1793.

• Peter Huyler House – located on the Captain John Huyler Homestead, this land once belonged to a loyalist. The stonework is some of the finest in the county.

• Benjamin P Westervelt House – a local militia member was the original owner. The main wing of the house is in the Dutch colonial style. The Westervelt family has continuously occupied the site since 1778. It has been used in several films.These sites are worth checking out for the architectural value alone.

When a water intrusion occurs, you want fast mitigation to avoid further damage to your home. SERVPRO provides both water mitigation and restoration. Our technicians use the following mitigation techniques when cleaning and restoring your home:

• Setting up the humidifiers and air movers

Once our technicians have done all that, we move on to the restoration process. This may involve repainting walls and redoing wallpaper, and replacing drywall and ceiling panel sections if needed. We may also need to replace insulation if it could not be dried. We also refinish water damaged wood surfaces. Any impacted content is cleaned and dried.

If you need water mitigation in Cresskill, contact SERVPRO of Northeast Bergen County at (201) 244-0100. We’re Faster To Any Size Disaster.